Order two or more unframed prints and we'll ship them free too!
Previous Next
Scotland

A Note from the Artist

The Mull of Galloway is the southernmost point of Scotland. The lighthouse, built in 1830 by engineer Robert Stevenson, is 26m tall and sits 99 metres above sea level with a range of 52 km.

During World War II, on 8 June 1944 at 7.30 pm, a French member of the British Air Transport Auxiliary (ATA), Cladius Echallier, died by striking the Lighthouse in a Beaufighter, while attempting to make landfall in the fog on approach from the Irish Sea.

The lighthouse is now automatic, and some ancillary buildings been converted into a visitor centre, run by the South Rhins Community Development Trust, a group of local people and businesses. In 2013 there was a community buyout and the Mull of Galloway Trust purchased land and buildings, with the exception of the tower, from Northern Lighthouse Board.

In 2004 a new café was built at the Mull of Galloway, called the “Gallie Craig”. Its design incorporates into the landscape with a turf roof, giving views across to Northern Ireland and southwards to the Isle of Man.

The lighthouse and lighthouse keepers’ houses are designated as a Category A listed building. 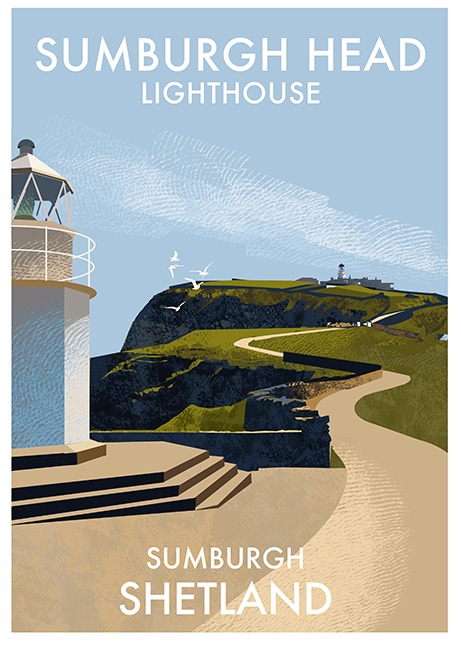